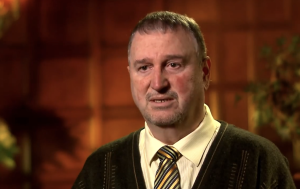 In 2007, I noticed a discolored mole on the backside of my left shoulder that has been immediately removed by a surgeon. The diagnosis was Melanoma with a depth of 1.5mm. I had surgery the following month.

When I met the surgeon for a follow up, he told me that if melanoma resurfaces within five years it would lodge itself into a vital organ and spread rapidly within the system. “If this happens”, he said, “you will not survive.” Starting at the end of 2010, I felt intense pain in my left arm, and was prescribed some anti-inflammatories.

A few months later I felt even worse, I could not even sleep and had to take sick leave from work. After a CT scan I was diagnosed with cancer in the lungs, the liver and possibly the bones. Then a bone scan and a biopsy showed Stage 4 Melanoma. I wanted to access a trial for new medications but I had to do at least 4 chemotherapy treatments before applying. So, in other words, I didn’t have any options. After 1 year of treatment I was in complete remission, when I had very few chances of survival. Then, in 2013, I was diagnosed with 3 brain tumors. I had a brain surgery followed by a Gamma Knife treatment. In 2014 I started Dabrafinib. I am now happy to say I am cancer free.

Your ticket for the: L’histoire de Claude