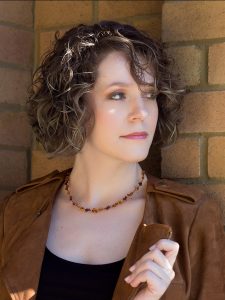 Just before the summer of 2015, I noticed a dark mole on my left calf. At first, I thought that something was stuck to my leg and tried to remove it in the shower. However, I realized it was actually a mole. I was almost certain that it was not there before.

While I was on summer vacation with my family, the mole made an appearance once again. My mom looked at my calf and said “Hey, you have a piece of chocolate stuck to your leg!” When I told her that it was a mole, she confirmed that she’s never seen it before and I need to check on it.

Three months after discovering the mole, I went to my doctor. He told me that the mole didn’t look good and we needed to cut it off and send it for analysis. Three weeks later I got my results from the lab and saw the diagnosis: “melanoma of SSM type, level 3, Breslow 0.36mm,” and then at the end the phrase “additional surgery is strongly recommended”.

I remember feeling scared and alone. I couldn’t understand what exactly the diagnosis meant and I didn’t know what to do next.

For several weeks my family and I were on a hunt for answers, trying to find what ‘strongly recommended’ really means, how urgent the problem is, and the main question ‘how serious it is’. During all that time I had a pressing thought in my head: “I have cancer cells in my leg and they might spread!”

I eventually got an appointment at Hospital Saint-Louis in Paris, France (where I lived at the time) which is recognized for being a top hospital to deal with melanomas. The amazing Dr. Madjlessi answered all of my questions, reassuring me that my case is one of the easiest as I caught it early enough. I got my surgery the next day to remove the remaining cancer tissue from my calf. Results of the surgery came in as expected – no metastases, and clean lymph glands.

Now I’m in the risk group. Another melanoma can appear and most likely will be bigger and faster growing than the first one. I need to check up with my dermatologist every 6 months and avoid long sun exposure.

What I have taken out of this experience is that it is important to be aware of what is going on in my body. Melanoma can be treated much more easily if it’s noticed in time.

Sorry, the comment form is closed at this time.