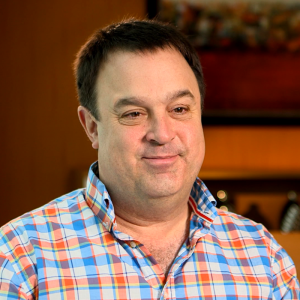 After a couple of misdiagnoses in 2006, it wasn’t until January 2007 that I was properly diagnosed with melanoma. My 2007 diagnoses led to 3 unsuccessful surgery attempts and I was then sent to a larger center for a sentinel node biopsy.

In May 2009, I had a reoccurrence and was told to go home and ‘get affairs in order’ as there was no chance for survival now that the disease had gone metastatic. Not ready to give up, I searched out the Save Your Skin Foundation and spoke with Kathy. She suggested I get a second opinion from a Dr Smylie in Edmonton. We sent my results to Smylie, then my wife and I traveled to the Cross Cancer Institute. Dr Smylie agreed that I was in trouble but suggested I enter into a clinical study but first I had to have a complete groin Lymphadenectomy. In October 2009, I entered into my first clinical study.

Unfortunately I had yet another reoccurrence in December 2010. They found an 8cm tumor in my lungs. At this time, I was placed in hospice and considered palliative. In my final hours, with my wife and Dr Smylie working feverously to come up with a plan, it was decided that I be taken back to the Cross Cancer Institute where I managed to get placement on a new clinical trial that had just been released. Now 5 years later, I am alive today and working on getting my life back on track.

Your ticket for the: L’histoire de Mike